I’ve been a drinker since early adulthood and it has caused me quite a lot of pain over the years. Coming from Northern Ireland, there is little else to do around here besides drink Guinness, paint rival flags on sheep and savage badgers with rolling pins.

Whilst I wouldn’t consider myself as an alcoholic, I’ve certainly went through a phase of drinking too much and feeling bad about it.

It took me 8 years to learn that alcohol ultimately made me depressed, fatter and more confused with my own life.

The vicious cycle of alcohol, fear and paranoia

Alcohol is marketed as a relaxant by the media but if you drink enough of it, it has the complete opposite effect.

The morning after paranoia feeds into fear which breeds anxiety which turns to hate which dissolves into paranoia.

Those very thoughts feed into a vicious cycle that makes you want to pick up the bottle again to drown out all of the drunken arguments you’ve gotten into and all the silly things you might have done.

If you spend your waking hours cringing about your drunken antics, then it will only get worse and worse the more you feed into the cycle.

The problem and the answer then become the same, but when you’re depressed you only see it as the answer.

Running has saved me from problem drinking self

Like alcohol, running is addictive but it only seems to improve my life rather than restricting it and messing it up.

I’ve never came back from a night out drinking with the thought ‘Shit I wish I’d drank more last night!’.

I’ve never came back from a day out running with the thought ‘Shit I wish I hadn’t run as far.’

The longer I run the more my body might ache, but the clearer my mind will feel afterwards.

My problems still exist when I’m outside jogging, it’s just I see them in perspective and I can begin picking them off one by one, as opposed to feeling overwhelmed by everything and hiding within the depths of a booze binge.

In short, running is an addiction worth pursuing.

Feeling bad about your drinking?

If you’re feeling hopeless about alcohol and are looking for a way out, try running. It will add a little bit of positivity to your life and you’ll feel better over time.

The key to battling your way out of the hell of problem drinking is to reduce the net negativity in your life. You don’t have to cut booze out altogether, but you can take steps forward by reducing your intake. When you drink less, less bad things happen.

When you find a little bit of peace, you won’t want to drink for the wrong reasons. You naturally drink less and feel better as there’s less and less to hide from.

When you run more you will naturally attract more positivity into your life and you’ll rely less on a chemical to feel good about yourself. You’ll quickly learn that the ‘peace’ that alcohol gives you pales in comparison to the high you receive from running.

Running your way to happiness.

The more I run, the better I can see how trapped I was before. I’d spend days thinking that I was a good guy who was shunned for being shy. That filled me with resentment which I would repress. Then when I drank all of the bile flew out of me and I didn’t understand where it was coming from.

I’d quickly feel sorry about my behaviour and act polite again and repress everything.

Running has given me the confidence and self-awareness to stand up to a situation and to be angry when it is justified, instead of apologising for existing.

It has given me the balls to live my life in the way I want to live it. 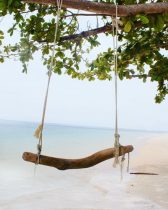 Well it’s been a week since but I’ve had time to reflect on the experience and here are 12 things that I’ve learnt about myself as a runner.

For the past 4 months I’ve been demoralised about my inability to control my violent urges for food at night. I’ll track everything I eat up until around 8pm and then my stomach will begin to growl.

The uneasiness within will grow to such a level that I’ll be forced out of boredom or lack of self control to eat anything. Once I eat one thing, my appetite will gain momentum. The “What the fuck, I might as make this a feast now as I’ve ruined my eating plan” rises to the fore.

It’s those extra calories at night that are hampering my running. It’s not as if my calorie intake is vastly surpassing the energy I burn. In fact I’ve stayed at 211lbs now for about 3 months so I think I’m just about breaking even.

I need to catch those thoughts before they become urges. I mean, it’s OK to eat something at night. It’s just the gung-ho attitude that emerges after I eat one item that’s the issue.

A bad day doesn’t become a bad day until I throw in the towel and give in to the old routine.

My “fuck it” attitude is self defeating.

I rationalise it to myself by thinking “Well I can always run it off tomorrow!”. That may be true, but I’m not running solely to maintain my weight. I want to get faster and go further. I hate the feeling that I’m making reparations for the bad choices I made the night before. I should be making physical gains with each run, not just mental gains.

The simple fact is that I don’t need the extra calories. I’m already eating well over 3,000 a day. That’s more than enough to keep my body going even if I’m running 35 miles a week and walking 30.

It’s a battle that I’m still fighting. I haven’t lost to it yet as I’ve maintained the same weight since July and I’ve learnt more about what triggers the overeating at times. There won’t be a eureka moment where all my problems are solved. I need to focus on making better decisions when the challenge arrives.

An uneventful but pleasant run. I set out with the intention of running further than the 13.5 miles I ran last week and I achieved it even if it was only by a tenth of a mile.

I’m glad to report that my nipples are no longer an issue ever since I’ve applied the Bodyglide and the Vaseline on top! Such a fucking relief. There will be no weeping or screaming in the shower tomorrow.

I had only one angry moment today. It was when a girl disembarked a bus and stopped on the middle of a narrow footpath blocking my way.

She was wearing earphones so couldn’t hear my breathing or passive aggressive stomping. In the end I just ran on the inside of the pavement and nearly ended up in a hedge just to avoid a catastrophic collision.

Oh but the tunes sound so good in ma head, man!!

I wanted to fucking scream “WAKE UP!!” at her but she was clearly dead to the world.

So instead I just ran 0.1 miles pretty quickly and let out a massive “FUCCKKKKKKKKK!!!” when there was no-one else around.

It was the best moment of the day. Cathartic.