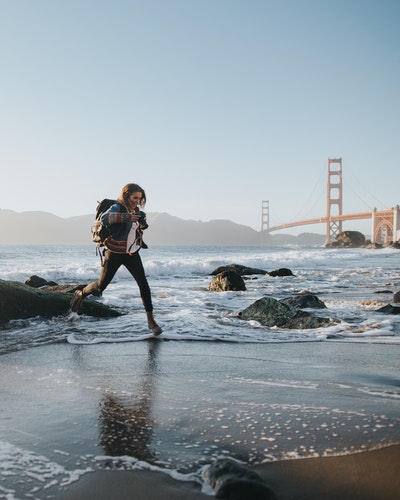 I thought I’d write a little post today about my current lifestyle now that I’m working from home for a living at the minute.

It’s a massive change from what I’ve grown used to over the last few years and I definitely think that’s a positive thing.

We start at 9am, the time I return from the land of Nod.

I wake up, get to my computer and start writing more of the book after a bowl of Special K.

A lot of the time I think what I’m writing is absolute shit, but I ignore that part of my brain and just put as many words onto the screen as possible.

This is when I go outside for a run. I’ve been out for the last 4 days in a row and have amassed 36 miles in that time.

I’m very wary about injury so I always have a slower day after a quicker day. I’m concentrating purely on time spent on my feet at the minute.

Today’s run was 12.3 miles and I tried to put a bit of speed work into at the end. By the last mile I thought I was dying.

There’s no need to become disheartened though. That’s why I’m living this lifestyle at the moment. To become better at this.

I’ve had many tough runs like this in the past and they make the next few runs that much easier.

Sometimes I think the ‘no pain no gain’ bullshit might not be bullshit.

I think about what the fuck I’m gonna write about tonight on the blog. I start to worry that I’ve ran out of ideas altogether and that decline is sure to set in.

I tell myself to wise the fuck up.

I’ll come up with a post like ‘x Ways To Stop Feeling Like An Idiot On The Run’ that will keep everything ticking over for another 24 hours.

I get back to writing the book. I look at what I’ve written and think ‘fucking hell that’s barely English!’.

Remind myself that it’s all a first draft at the minute. The most important thing is to put the sentiment and the experiences down, then I can improve how it reads at a later date.

There’s only so much of my story to tell. The more I spew now, the easier things will be in 2 months time.

I try to keep my shilling to respectable levels. My general whoring levels must be more akin to the prostitute in ‘Leaving Las Vegas’ than Courtney Love.

Dinner is now the most important meal of the day for me.

I’ll typically have Spaghetti Bolognese or some pasta dish.

I don’t worry too much about portion sizes at this time as I’m eating less than half as much as I do during the day.

The most important thing is that it’s filling and reasonably healthy.

I hear from friends that they have arrived home from work and I realise what I’m trying to do here isn’t remotely normal.

I start to think that I’m fundamentally broken and that I should just content myself living in a cubicle. Start farming little Angry Jogger’s with a woman who resents me and I resent back.

Then I cheer up. It’ll usually be through Tweeting inane crap or seeing a funny cat gif.

Sometimes I’ll go on to Twitter and feel worse.

I can understand trying to eat healthier! I mean this was my dinner tonight.

I think most of the stuff in the container is real food. There might be some rat pubes in there from the factory where it was prepared, but we all pay a price for quality nosh in the Western World.

Anyway back to my rant

Just that phrase “eat real food” is sickening. I mean how the hell could you think it’s inspirational or motivating?

The fact that we have any shit to sustain at all in the first world is a good thing.

I understand the sentiment behind the movement, but it just comes across crass.

Almost as crass as this.

If you’ve ever used that hashtag on Twitter then I  hate you. You’re deplorable and you should stick your head in your washing machine to cleanse your mind of all of the filth.

End of the day

I don’t go to bed before thinking about I’ve progressed in the last day, either health wise or with the book and the campaign.

I try not to focus on how far I’ve left to go, but just on moving forward and enjoying my writing.

The reason why I’ve kept with the jogging over the past 3 years and 5,000 miles is that I love it. If I can instil that same love into writing and healthy eating, then I’ll pass the 100k with flying colours.

If I’m still uninspired I’ll look at some old pictures of myself and laugh.

This is my favourite one at the moment, where I’m wearing my “No One Knows I’m A Lesbian” shirt.

If I can say that today was a good day, then I’m moving in the right step.

Today was a good day. How was your day?