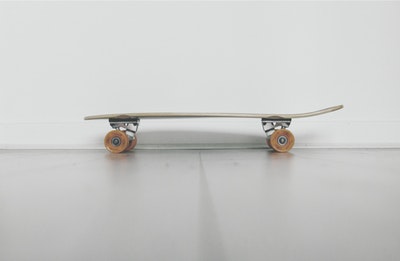 I’ve complained for quite some time about how I’m seemingly unable to record runs long enough to leave me confident on marathon day.

I’m gonna enter the Titanic Quarter 50k this week. I have 11 days to prepare for it.

My longest run in the past few months has been 18 miles and I’m by no means confident that I’ll be able to run this without dying.

Fuck it though. I’m doing it. Even if it means having to bludgeon mutant death seals to death with my own Presbyterian club chin along the Ards Peninsula.

Without ambition my only direction is down.

I’m tired by my own lack of ambition.

I’ve set my own limits and I live within the parameters of being a slightly overweight runner who can manage between 13-15 miles before dying in the long run.

You live by your standards and strive to achieve what you think is possible.

A few years ago, ‘possible’ involved walking all the way to the Chinese Restaurant 300m down the road without sweating.

In recent months the best ‘possible’ outcome for me as a marathon runner would be to get to 20 miles and walk-run-walk-run until the finish.

Is that really the best I can hope for?

The best way to prepare for the Dublin and Las Vegas marathons is to go out there in 11 days time and knock out a 50k. I may well have to walk a lot of it, but I’ll get around and it won’t be a rape like experience.

The alternative is to stick to the original plan which was to run the 25k and use it as a ‘stepping stone’ onto better runs.

This is a cop out. Running for longer won’t get any easier unless I grab myself by the balls and learn to fuel properly mid-run. It’s not out of reach. I’ve been doing myself a disservice by staying within my comfort zone for too long.

This is the first time in a while that I’ve been truly fearing a challenge. When I was training for my first marathon I remember staring at the ever increasing distances of the long runs on my plan and thinking ‘shit, how am I meant to do this? 8 miles! I can barely run 3! Fuck!’.

I’ve wanted for a long time to become an ultrarunner but I always assumed it’d be some time in the future. That day been coming for a long time but I’ve never put a definite date on it.

That’s why I’m becoming an ultrarunner in 11 days.  I may fuck it up and look like a complete idiot, but that’s half the fun of running isn’t it? You’ve gotta be brave sometimes.

There’s a fine line between being brave and being a fucking idiot.

I’m gonna fucking do it now so that I’m in the best condition I’ve ever been for this 50k race.

I’ll do as best as I can from here until the end and that’s all that I ask from myself.

Not coming down from this high until I’m punched down from it.