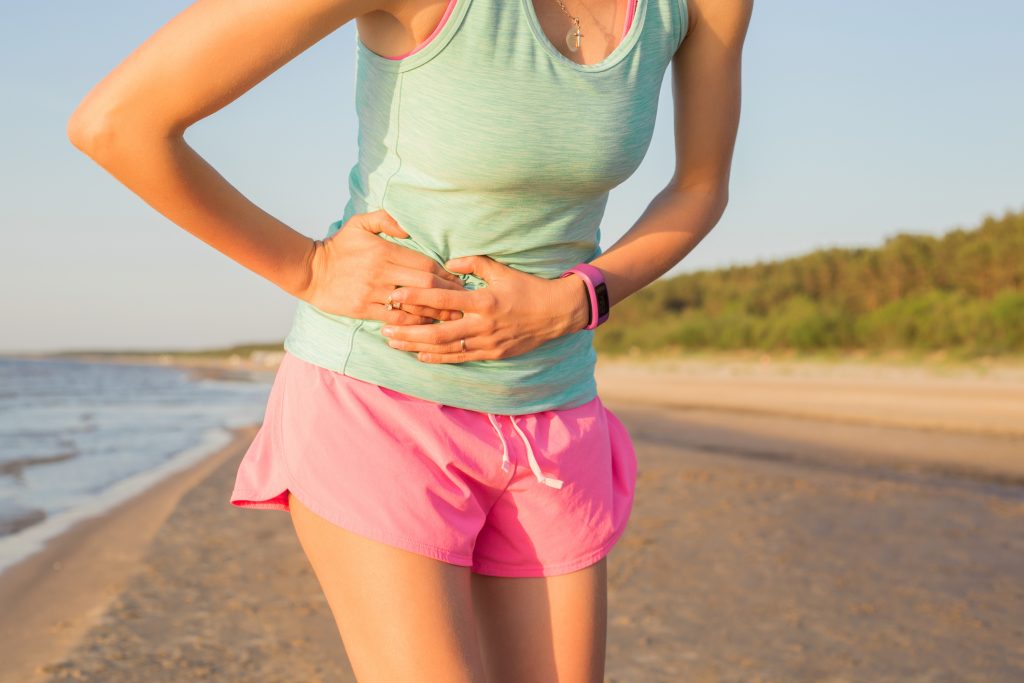 Today we will talk about this terrible sensation in the side, the reasons for its occurrence and how to get rid of it.

Method number 1
Compliance with diet before exercise. There are many factors that cause colic in the side, and one of them is what and when it was eaten.
When? Having a snack right before a workout or shortly before it starts, almost 100% provides you with at least a short-term pain in your right side.
What? Even if you comply with all the rules and eat at least two hours before your workout, your side can still begin to hurt, but this time because of what you ate.
Foods high in fat and fiber are digested more slowly and can cause stomach irritation, so it’s quite possible that two hours was simply not enough to ensure that the food was absorbed at a sufficient level.
In order to calculate your “optimal time”, you need to conduct several experiments and determine the number of hours that will be enough for complete digestion of food. It can be two or three hours, or maybe a half.

Method number 2
Keep track of your pace at the start of your run. One of the most common mistakes made by beginners is to go too fast at the very start of a run. In about five minutes you can already feel the consequences in the form of colic in your side. But this time, the reason is not too late or a tight snack before training. It turns out that due to improper breathing, discomfort can appear not only in the chest area, but also in the side. This is because you start to choke too early.
Hence follows the method number 3

Method number 3
Adjust the frequency and depth of your breath. In this case, you can take an example from swimmers who synchronize their body with breathing. They can only breathe when their face is above the water, so they devote a huge part of their training to breathing, during which they learn to synchronize their body with the lungs. Runners can borrow some tricks for themselves and synchronize the inhalation-exhalation with the frequency of their steps. For example, inhale in four steps and exhale in the same amount. The faster the pace, the higher the cadence and the more often the inhale-exhale.Such synchronization will not only help prevent side cuts, but will also contribute to better oxygen transport to the muscles, which also means improved running results. 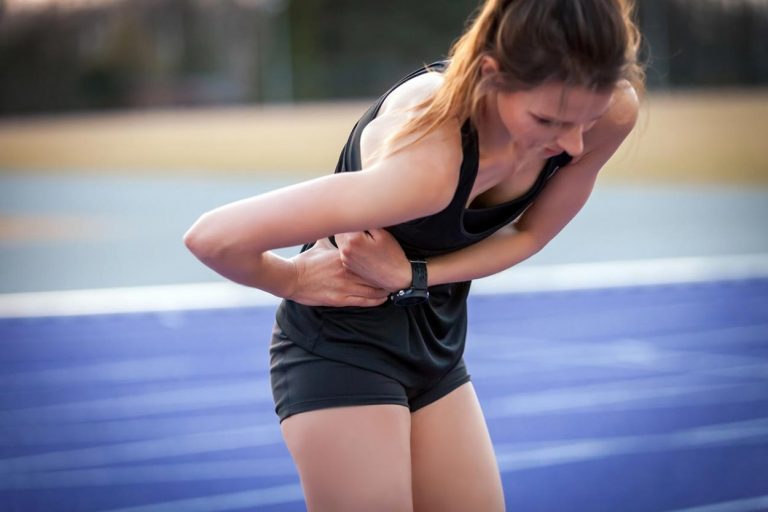 Method number 4
Slow down and exhale deeply. If you still twisted your side while jogging, start to slow down and take very deep breaths. In this case, it is desirable that the exhalation coincides with a leg kick, opposite the side of the pain, on the running surface. This does not mean that you need to exhale for each hit of the leg. You can do this in one or two steps. The main thing is that this moment coincides with the hit of the right foot on the ground, and that’s it. This is because during exhalation we use the muscles of the diaphragm. If this coincides with a kick to the ground, an impulse passes through the entire body, including the core muscles of the core, which affects the diaphragm and can cause lateral cramps.For example, you grabbed your left side. This means that you need to exhale during the hit of the right leg, as a result of which the healthy side will take the main blow, and the one that is twisted with a spasm will receive the desired rest, during which the muscles relax and the pain passes.

Method number 5
Stop and lean forward a bit – this will help to tighten the abdominal muscles and remove pain.

Method number 6
Stop and do simple exercises to stretch your tightened muscles: raise your right hand up and lean to the left, hold this position for 20-30 seconds, and then do the same on the other side.