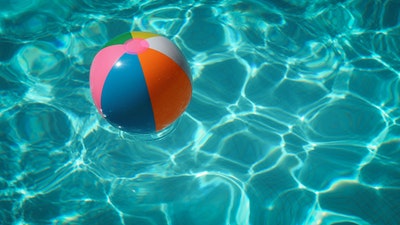 I was close to writing today off as a bad day.

It was just one of those days you have every so often where you have no energy, no inspiration and seemingly little to no control over what is happening.

Yesterday wasn’t great either. I spent the majority of the day limping around the house after having a deep pain in the centre of my back.

I think I put a little too much into the 18.1 miler on Monday.

It had been a while since I’d completed a run that had over 300 metres of elevation gain. Monday’s long run consisted of a total gain of 380m over 18 miles.

On the downhill section of the run I thought I was gonna have to stop. I honestly thought it was just trapped wind at the time, but the discomfort grew in intensity the more I slowed down.

I made it home and the pain only seemed to surface whenever I was moving up stairs.

As per usual when I got home I Googled for possible diagnoses and suspected I either had back Cancer or a slipped disc.

This contributed a lot to my general depressive state over the past 2 days.

I woke up this morning and most of the pain was gone.

At 3am in the morning I was jogging and hopping around my room to test to see if the pain was still there or not.

Fortunately there was no sign of it at all.

To run or not to run?

So as I said earlier, I wasn’t gonna go out at all today.

But you know what? I’m not prepared to settle on having a bad day anymore.

I’m not prepared to settle on having an average day either. It just won’t do.

In order for my luck to change and to catch a break, I need to be ready for it. I can’t sit around here feeling sorry for myself. It doesn’t solve any problems.

So you know what I did? I made myself furious.

I sat and watched this clip on Youtube for 4 minutes and whipped myself into a frenzy of hate and spit.

If you aren’t from the UK or Ireland, this is what we call a tool on these shores.

I can’t even remember from what commercial the clip originates from. All I know is that I had an allergic reaction to it today.

At first I was incapacitated with rage and smashed my head into my desk.

I calmed down a little and changed into my running kit.

I conned myself into just going out the door with zero expectations. My goal was to pretend that every inch of road I covered was “Wonga” man’s fat  head and to trample his awful head in.

The run was excellent.

I tramped his head in good. Real good. So good that his head would be a paste by now that I could spread thickly onto a sandwich and force-feed to his grieving mother.

I enjoyed every single minute of it. I wanted to cover a 10k at least and stayed out instead for 11.3 miles with an average pace of 9:31 minute/mile. Not a bad speed at all for the distance and I was constantly getting faster mile on mile.

There was no sign of back pain either. It’s been a while since I’ve felt this strong on a run.

I can safely report that today has now been a good day and I’m having a Onken Strawberry Biopot to celebrate.

It nearly ended in disaster too right at the end of the run. I was thinking back to Wonga man again and tried to put one last surge of speed into my legs to record a sub 8 minute last mile.

I ended up tripping up over my own feet and nearly went down on my face.

That would have been embarrassing. Wonga man would’ve won.

I didn’t fall and that’s the important thing.